In the very first year of Indian Premier League, a new elation surrounded the Kolkata Knight Riders. While it was known that many businessmen and film stars were slated to be the owners of the 8 IPL franchises, the Kolkata based franchise fell into the hands of one of the Bollywood’s biggest superstars, Shah Rukh Khan.

With Shah Rukh Khan’s presence in the world’s biggest Cricket league, expectations were high that the massive population of young women in India would be more interested in the sport. So it happened, even though the eagerness of these new fans would remain confined to the one and a half month of extravaganza of the IPL. It was confined largely to one team, KKR.

In the initial years, it seemed that all the fanfare, all the excitement was for nothing. KKR’s performance in the first two years was abysmal. Especially in IPL 2009, which was held in South Africa, KKR would go on to create what is one of the worst performances ever in IPL. They would win only 3 of their matches and lose 10.

However, things changed dramatically for KKR within a short period of time. Sourav Ganguly was replaced as the Captain. In his place, Gautam Gambhir was brought in, who was one of the biggest pillars of the Indian Cricket Team at that time. The new side came with fresh faces, a new look, and a new attitude.

What followed after that is there for everyone to see. KKR managed to qualify for the playoffs for the first time in 2011 and the very next year, they won their first league title. A team which was almost laughed at for having nothing to show for, were now the IPL Champions. And within another couple of years, they won their second title, making themselves one of the most successful teams ever in IPL.

Eden Gardens remains the home venue for Kolkata Knight Riders in IPL 2018. South African legend Jacques Kallis will be the coach of KKR.

Dinesh Karthik has been chosen as the Captain of the Kolkata Knight Riders for IPL 2018. Though Karthik was never a revelation for the Indian National team, his IPL career has progressed steadily over the years. Keeping his experience in mind, KKR chose him to lead the side in the hopes of a positive outcome.

Chris Lynn has become a name synonymous with big sixes at the world stage. Right at the beginning of the auctions, it was predicted that Lynn would be a very costly buy for whoever gets him. At Rs. 9.6 crores, he is the costliest player for the KKR. To prove his worth, he will have to gel well with the team.

Mitchell Starc is probably the best bowler in the world right now. When he gets going with the reverse swing, the pace, and the bounce, he makes life difficult for even the best of the batsmen around the world. He has been priced high at Rs. 9.4 crores. If he performs at his best, Starc is more than worthy of that.

Sunil Narine has been the match-winner for KKR on many occasions. No wonder that he was among the players KKR would never want to let go. Narine’s fellow West Indian teammate Andre Russell has also been an asset to the team in the past. Narine got priced at Rs. 8.5 cores and Russell at Rs. 7 crores. They both seem like very good grabs by KKR.

They have the team to make it all the way but KKR management are unsure of their team’s leader yet. Once they figure that out, and everything falls into the right places, KKR will feel like a formidable team. 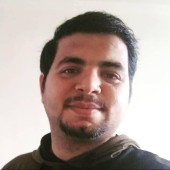