S. M. Krishna is a popular political figure from Karnataka and was the 16th Chief Minister of the Karnataka state.

He also served as the Minister of External Affairs of India.

The S. M. in his name stands for Somanahalli Mallaiah, where Somanahalli is the name of the village he belonged to in Maddur taluk of Mandya district and Mallaiah is the name of his father, whose full name is Shri S. C. Mallaiah.

His Mother’s name was Shrimati Thayamma.

They had two daughters together.

Though belonging from a village, the family and village background did not affect his qualification.

He grew up to be a fully bright scholar and pursued various degrees like:

Apart from education, his part-time interest was lawn tennis, reading, and traveling.

As a traveler, he has visited many Asian, European, African, Australian and North American countries.

He is always very keen on traveling.

After graduating from Dallas University, he returned to India.

Soon after his return, he made his political start in the year 1962, after which he got married 2 years later.

S. M. Krishna was elected as the Member of Karnataka assembly many times, after contesting from Mandya district since 1962, in various Lok Sabha terms like fourth, fifth and seventh.

He played different roles in various capacities as a Minister for Industry, Commerce, Finance and Parliamentary affairs as well.

He held the position of a speaker in Karnataka Legislative assembly and was also the Chief Minister’s Deputy in the Karnataka state in the year 1989 and 1992.

And Finally, in the year 1999, S.M Krishna powered the political party to triumph and was appointed as the Chief Minister of the Karnataka State

He succeeded JH Patel and this position was held by him until the year 2004.

Later Dharam Singh succeeded him and was appointed as the Chief Minister of the Karnataka state on 28th of May, 2004.

He encouraged the private and active participation during his tenure and has also served as the Governor of Maharashtra.

On 22nd May 2009, S.M. Krishna took oath as the Cabinet Minister in the Union for External Affairs under Prime Minister Manmohan Singh.

All these facts, from being a Praja Party socialist to the Cabinet Minister of external affairs makes the point – one big scenario, that this man needs no introduction to the Indian Politics.

Here is the complete information outlining the positions held by S. M. Krishna during his marvelous political career.

S. M. Krishna is called as the “Iron Man of Karnataka”, due to various reasons.

He is associated with the World University Sciences and in the year 1965, he visited New Zealand as a member of the Indian Delegation with regards to the Commonwealth Parliamentary Conference.

In the year 1982, he was a part of a delegation which was sent from India to the United Nations, for a meeting which was held in the United States.

On July 2002, he visited Tajikistan to strengthen its economic and energy ties.

Later in the year 2017, on 29th of January, he resigned as a member of the Indian National Congress stating that the resignation was made because the party was in a “state of confusion”.

Complaining that he was being sidelined by the INC and the party was “dependent on managers and not time-tested candidates like him”, he resigned from INC.

Later after a few speculations, he decided to join the opponent party, the Bharatiya Janata Party (BJP). 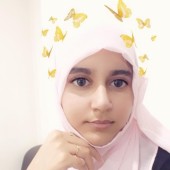