Kalaburagi: The Gulbarga had to face embarrassment once again as yet another examination question paper was leaked and was being circulated on WhatsApp.

There was another leak just two days back, and a B.Com examination had to be canceled because it was leaked. Looks like the series of misfortune will continue to Gulbarga University.

As per the examination schedule, the Small Business Management exam was to start at 2 PM on 9th November 2017, but Gulbarga University authorities found that the question paper was leaked and was being circulated on WhatsApp since early morning.

The Hindu reported that Prof. S.M.Madari, Registrar (Evaluation) said that the Gulbarga University authorities found the leaked paper and had to cancel the exam. The University has constituted a committee to probe the matter. 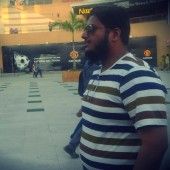