Gulbarga- The city of Saints and Sufies

The tomb of 14th century Sufi Hazrat Khaja Banda Nawaz. He is known for his mystical power and social service. His line of descendants continues to carry his legacy. One of such name is Alhaj Janab Dr. Syed Shah Khusro Hussaini. He is considered as the 23rd descendant of Khwaja Banda Nawaz and 45th in line to Prophet Muhammad. Recently the Karnataka government conferred him with Karnataka Rajyotsava award under the leadership of Chief Minister Siddaramaiah.

Dr. Khusro was born to Padma Shri Janad Syed Shah Muhammad Al Hussaini on 10th sept 1945. Since his Childhood, he was an enthusiastic learner. He completed his initial education from Cambridge University in 1962 and in 1965 completed his graduation. He has a passion for knowledge, avid reader, and prolific writer, he further pursued his post graduation in Arabic and literature from Osmania University where he was working as an assistant professor as well. He did not stop his passion to pursue knowledge In 1976 he did his second post graduation in Sufism from Institute of Islamic studies, Mcgill University Canada, He also received Doctorate in Sufism in 2004 from Belford University.

His education and interest in academic-led him to construct various schools and Colleges in the city of Gulbarga. Currently, he is the architect of more than 15 institutes where hundred of thousands of students has gained their education. His passion led him to serve as a member of various bodies.

He is also the founder of All India Sufi Conference.

Recently he was awarded the Rajyotsava award – which is the second-highest civilian award given by the Karnataka government every year. Karnataka Chief Minister Siddaramaiah felicitated Dr. Khusro at CM office in presence of Gulbarga District in-charge minister Dr. Sharan Patil, Priyank Kharge (Minister of IT & BT, Tourism), Ilyas Bagban (NEKSRTC chairman) and various other leaders. 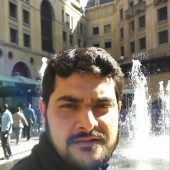